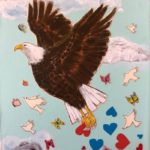 So I guess the time has come for us to learn about the Domestic Terrorists that have become America’s greatest threat.  The US Government and Law Enforcement Agencies have generally ignored these groups and made them seem okay by naming them “militias” which suggests some kind of Constitutional righteousness.  But these “militia” groups aren’t patriots […]