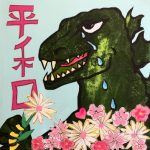 On the morning of August 6th 1945, the city of Hiroshima, Japan was virtually obliterated by an atomic bomb.  Over a hundred thousand civilians and more than 20,000 military personal were killed within seconds of the American military plane, The Enola Gay, dropping the first atomic bomb ever used in a war.  A few days […]